If you think I ever stop thinking about Slope, just look at the side of my pool. As I am doing laps, whenever I have an idea, I grab a chlorine tablet and scrawl it on the side. By the end of my little workout, I’ve usually got a bunch. 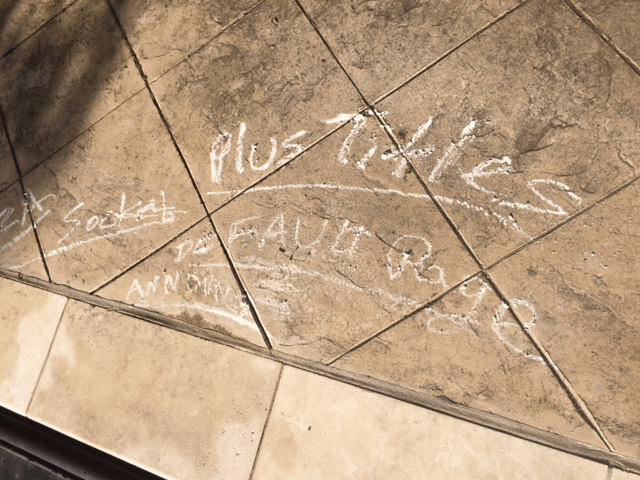 The one on the extreme left says “TZA”, which is this post.

See, what occurred to me is that TZA (the triple-bearish on small caps ETF) has lost virtually all its value over the past decade (for, umm, understandable reasons). I did the math, and the drop has been 99.965% since its opening price. So if you invested a million bucks at the opening of the instrument, it would be worth all of $350 right now. Hey, you could still enjoy a lovely dinner with a friend, right? 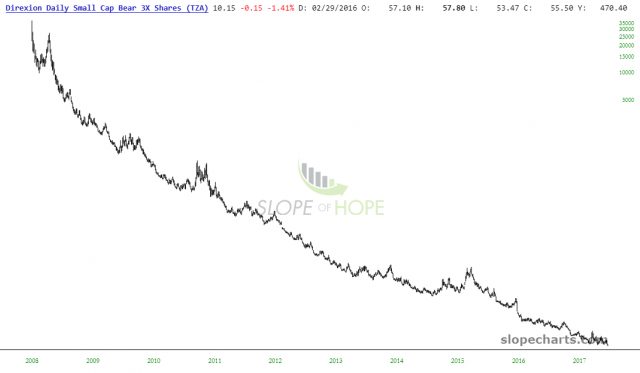 But what I was musing about was………..what if you also put a million bucks into its complete opposite? Although the percentage change wasn’t proportionally inverted, you still would have turned $1 million into almost $17.5 million. In other words, without knowing the future at all, or even having an opinion other than ‘there will be some kind of big move”, you could have enjoyed a 17-fold increase in assets even while suffering a 99.965% loss in half of your entire investment!!! 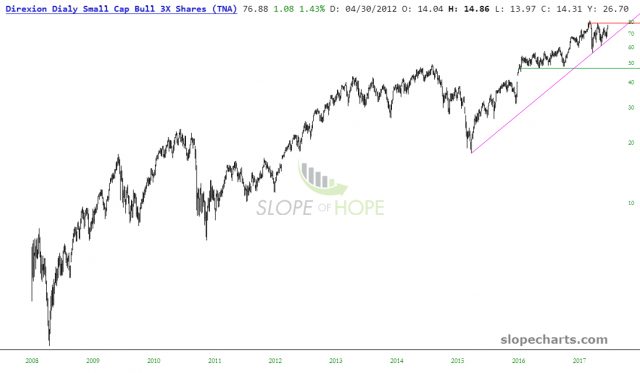 So I was thinking – – there’s no WAY it could be this easy. With the benefit of hindsight, we know that stocks have generally gone up over the past decade, so it kind of makes sense (although the conclusion is still pretty cool, since people are always dissing leverage instruments).

So I sought to disprove my little idea. How about choosing a sector which hasn’t been going straight up for a decade. How about something which actually has had some pretty big down-moves in the midst of the past ten years? And I thought of………..energy.

So the triple-bearish on energy (ERY) suffered almost as horrible a loss (99.637%) as the example above. 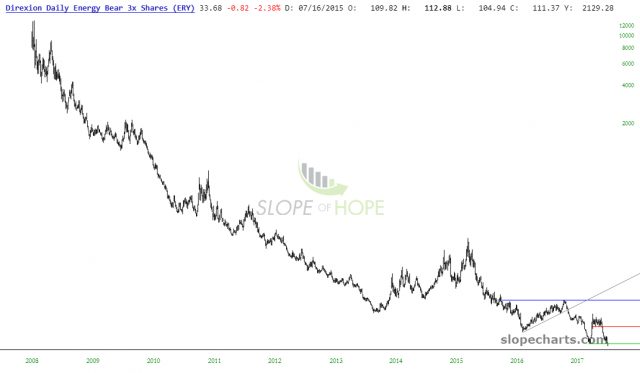 The triple-bullish, however, went up about 29%. So a million bucks in each of these opposites would, in the end, have yielded $1.289 million. A profit, to be sure, but since you threw a million bucks into each one, your overall return is about negative 35%. 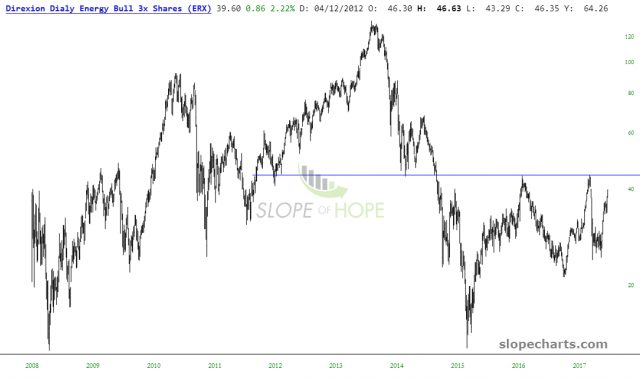 So, in the end, you can do fantastic investing both ways………….but only if, more or less, by and large, and on the whole, whatever you’re investing in trends in one direction. If you get into something that’s a true two-way market over that timeframe, the “leveraged” nature of both instruments will just gobble you up.