VAL (Valspar Corp) and SHW (Sherwin-Williams Co) are about to paint the charts red as both stocks look to be offering very attractive short entries around current levels.  Starting with VAL, let's take a look at the daily chart.  To begin with, VAL recently put in an Island Cluster Reversal Pattern,
which is a potentially powerful candlestick topping pattern.

The
formation of this pattern began with the giddy Jan 2nd rally gap up and
was completely recently with the large gap down on Feb 12th.
Coincidentally or not, that gap down managed to bring prices just below
VAL’s primary uptrendline which began with the Aug 2011 lows.  Prices
have since struggled to regain that trendline as VAL has backtested it
from below for the last week or so.  Therefore, I’m adding VAL as a
active short here at 62.07 with an initial target of 55.55.  A logical
stop would be on a move above the 64 level, which is just above the
lowest point of the island cluster of prices.

END_OF_DOCUMENT_TOKEN_TO_BE_REPLACED

During this incredible grind higher bears have made poignant
and insightful reasons why today is the top.
Day after day, the top call fails and the markets float higher.  It seems the higher the market goes the more
long winded the reasoning becomes for why a top is just around the corner.  I'm a simple person who learns best from pretty pictures and
gets confused by droning theoreticals about market direction.  Therefore, I'd like to present the bear case
in two pictures.

END_OF_DOCUMENT_TOKEN_TO_BE_REPLACED

Over the weekend I had the opportunity to do some hedge fund research
on Bloomberg. I was surprised to see Jim Chanos's fund do rather poor
over the 10 year period. More surprising was that the noted short seller
whom I deeply respect, had a negative return even in 2008. Anyways as I
looked into Hugh Hendry's fund, he has had a 300%+ return over the
years which is remarkable for a fund with so much in assets. What was
most interesting though is that most of his positions consisted of
strong technicals on long term ranges.

As of now, his main holdings consist of : 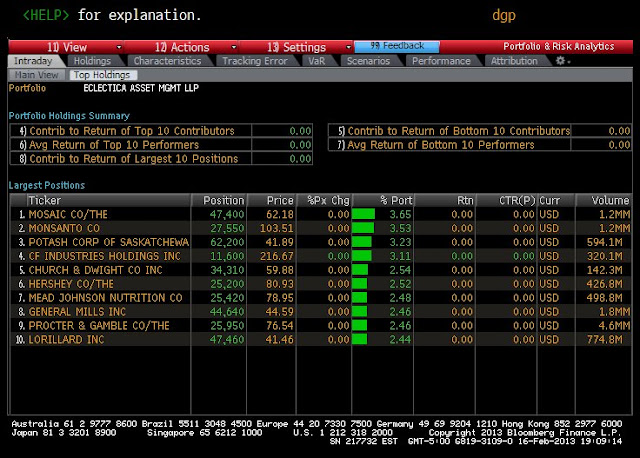 END_OF_DOCUMENT_TOKEN_TO_BE_REPLACED

So far today (as of 12:30pm), the YM, ES, and TF are attempting to break and hold above their respective trading ranges, as shown on the 60 min (market hours only) charts below. The NQ, however,  remains a laggard as trading continues within its range. 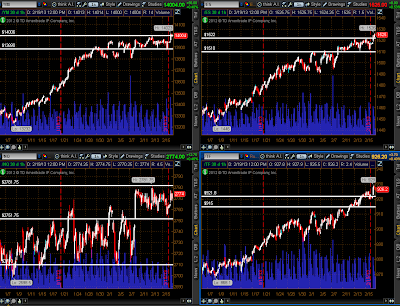