It was a volatile last hour in SPX without any clear direction.  How would you conclude today’s market action? Was it a retest of yesterday’s high? Do we have a confirmed top yet? One thing for sure, a strong market trend like this one does not die quickly. While SPX closed above 1370, DOW was below that psychological 13000 and Nasdaq below 3000. Today SPX was helped by the banks. Both GS and JPM broke to new highs.

Where we are in terms of sentiment? Per Reuters professional assets managers have the highest equity long exposure in 14 months and retail participation in equity mutual funds are also net positive. Is there anyone left in the game?

END_OF_DOCUMENT_TOKEN_TO_BE_REPLACED

I'm pretty pleased how people are using the new SocialTrade feature on the blog. The questions are coming in, slowly but surely.

There are some questions in need of answers, though. I've already got a "nudge" in the comments stream that encourages you good folks to answer unanswered questions, but if you feel like having your hand at one or two questions right now, please have at it!

as shown on the three graphs below. 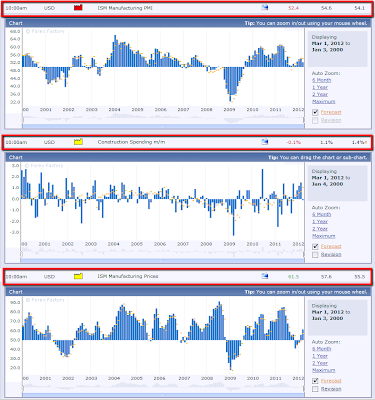 END_OF_DOCUMENT_TOKEN_TO_BE_REPLACED

Well, what better time to publish a gold-bullish article than the day after the relic was down a hundred bucks?  Here is an excerpt from NFTRH176 (2/26/12) illustrating the continuing case for gold, which probably has more downside 'price' work to do in the near term (pending rebound attempts), even as the value proposition remains just fine.

By now, a decade-plus into the secular bull market, you have likely heard all the reasons.  Back when the stuff was selling for $300 to $400/oz. the case for gold seemed like more of an outlier. I thank the market gods that I found some old gold bugs at Gold-Eagle.com back then and read everything the more rational among them had to say. It made sense, as Alan Greenspan was beginning to engage the era of 'Inflation onDemand'.

END_OF_DOCUMENT_TOKEN_TO_BE_REPLACED

"Next up on CNBC – – an octogenerian fund manager who completely missed the boat on technology in the late 1990s and, since the early 2009 bottom, has underperformed the S&P by 50%. Stay tuned!"

So how many people do you think would stay riveted to their flat-panel Samsung to watch that? Not many, I'm guessing. But if the aforementioned gent is named Warren Buffett, the entire nation comes to a halt and hangs on to every word. A quick glance at Amazon yields 2,100 results when one does a search on his name (including the surprisingly-titled Warren Buffett Invests Like a Girl: And Why You Should, Too).

Just out of curiousity, I pulled up a chart that overlaid the plain old boring, run-of-the-mill SPY with Berkshire Hathaway Class A common stock. The results are shown below in blue and black, respectively. This is not to say Berkshire has done poorly – – it's just that the completely ordinary SPYders have offered up twice the performance as the inexplicably-but-perpetually-newsworthy Mr. Buffett.

I realize what Warren Buffett has done over the very long haul has been extraordinary and that self-made billionaires merit some attention. But can the world please stop thinking that this man is the be-all, end-all guru the mass media holds him out to be? Even with unlimited access to the highest levels of power in the government, his performance recently has been well short of spectacular.