I was just thumbing through the posts from early February when the Dow lost thousands of points in a matter of days and then VIX exploded above 30. My, my, how quickly things change. We have now returned to a VIX that is just barely hanging on to 13 (it even when sub-teens last week): 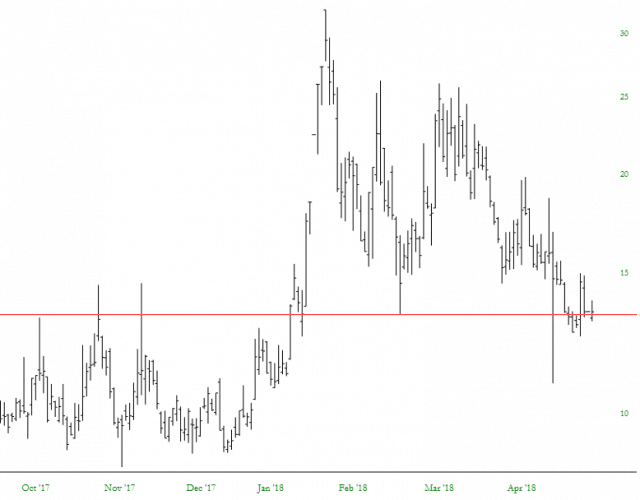 Last week the Russell 2000 was a standout, putting the bulls firmly back in the driver’s seat, at least as small caps were concerned. 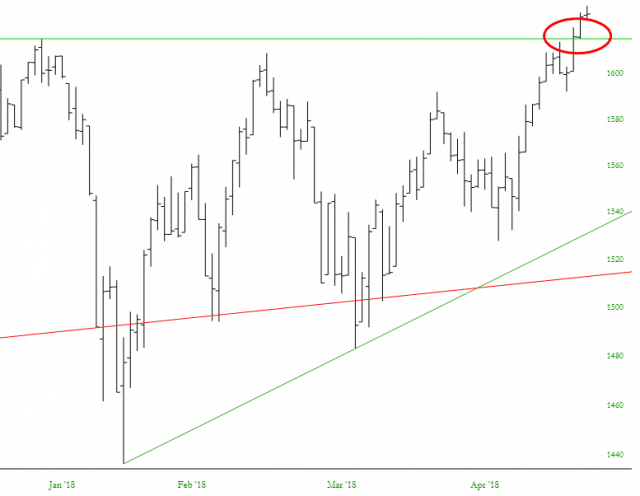 I wanted to just go through a handful of important indexes to show their own breakpoints at which the bulls (tinted in green) or the bears (tinted in magenta) wrest control back. Because the fact is that most indexes are still stuck in the muck without a clear leading force.

First, and very importantly, is the S&P 500. The magic number here is 2750. As long as we stay beneath it, the bears still have a chance. 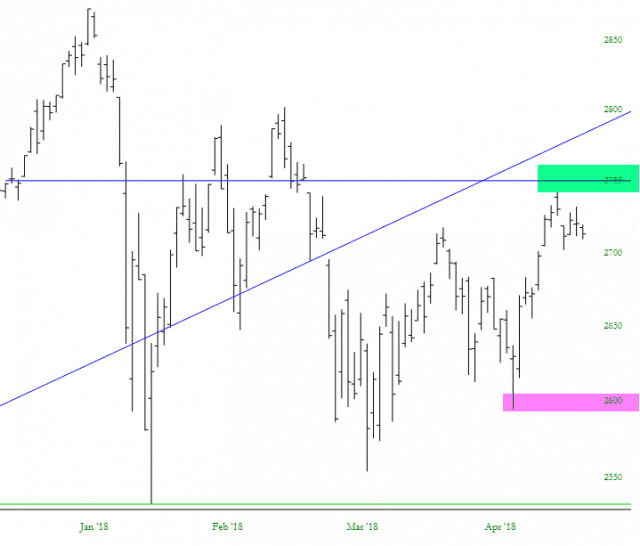 The NASDAQ 100 wrecked its diamond pattern, but it still has a very important gap just above 7000 which hasn’t been breached yet. It’s going to take quite a hard tumble for the bulls to give up, since the FANG stocks remain so powerful and relatively unshaken. 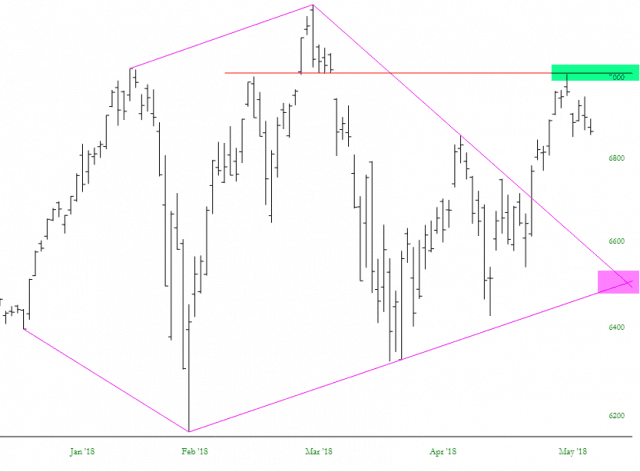 The Dow Industrials remains well off its lifetime high, and the level to watch is 25,000, which is obviously also a psychologically-important Big Round Number. 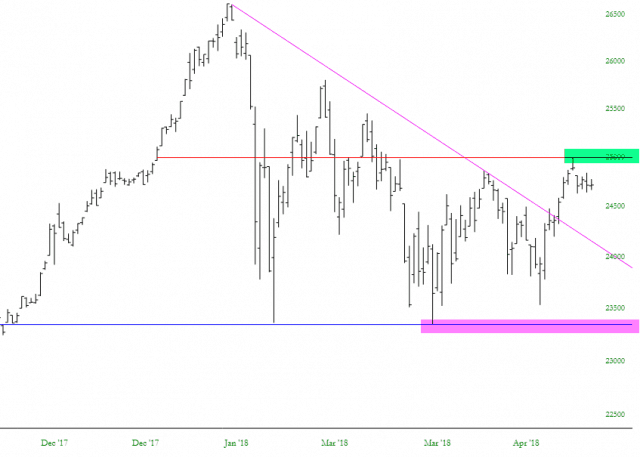 The broader NASDAQ Composite has a horizontal at about 7475. As you can see in all these charts, the bulls are much closer to victory than the bears are. 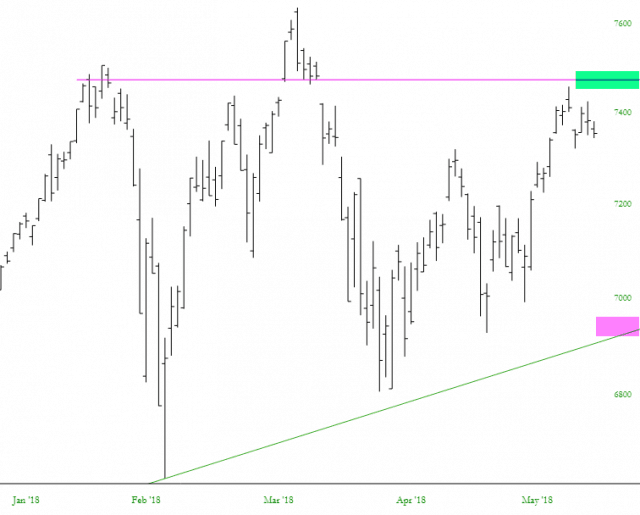 The composite of the Dow Industrials, Utilities, and Transportation indexes paints a clean picture: 8410 is the figure to watch. It seems most attention these days is focused on Asia (specifically, trade talks with China and peace talks with North Korea), so that’ll probably be the driving force to determine which of these two sides can latch on to the steering wheel in the weeks ahead. 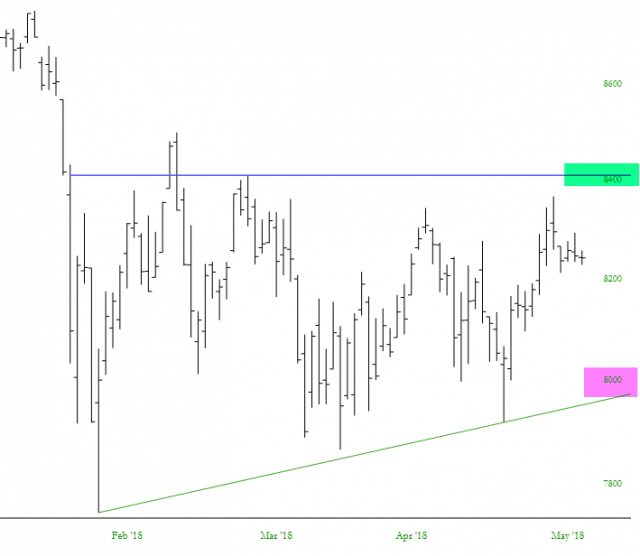