Here in my hometown of Palo Alto, the fervor about real estate is definitely gone. A couple of years ago, it was absolutely manic (see chart below, which you can see yourself in SlopeCharts with the symbol $PALO). Chinese buyers were paying all cash. Facebook and Google employees were trying to outbid each other on single family homes. And lucky ducks like me who bought in 1991 had to smirk at how the values kept lurching ever-higher. Not anymore. 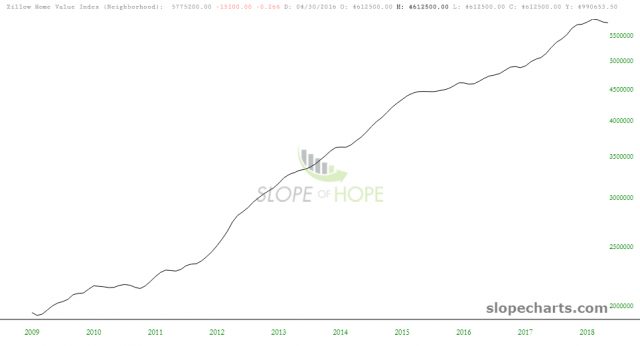 The poor sumbitches who bought in the past few years could have a real stink on their hands in the following fashion:

It seems like one hell of an uncomfortable position.