A few days ago, a Sloper – – a Gold member, in fact – – wrote to me about the Publish/Subscribe feature. He asked if, when he imported symbols from one of my published watchlists into his watchlists, whether or not he could also get the drawn objects I had applied on top of my charts. I told him no and said that was “for a lot of reasons.”

But after I sent the email and considered what the reasons would be……….I realized there weren’t any. In fact, the only “reason” was that the feature didn’t exist. Thus, as I always do, I set about to create it.

The initial part works like it always did. First, you subscribe to any watch lists that others have published: 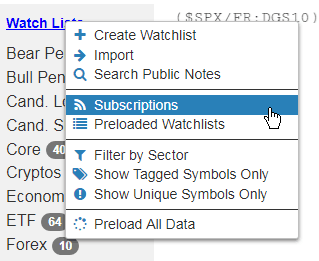 END_OF_DOCUMENT_TOKEN_TO_BE_REPLACED

Last week I was talking about a backtest into the 5dma / 50 hour MA support area and we saw that, and another leg up over the daily middle band and the 50% retracement level that brings SPX up into resistance at the 61.8% retracement level at 2812 and the September rally high at 2816.94. I have a decent looking rising wedge from the low that has slightly overthrown wedge resistance and a lot of negative divergence on the 15min chart particularly. SPX 15min chart: 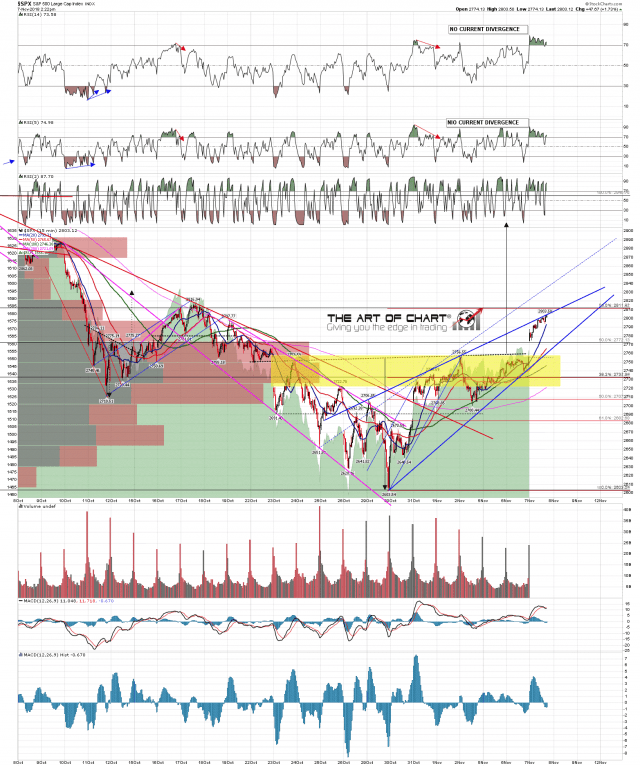 END_OF_DOCUMENT_TOKEN_TO_BE_REPLACED

An ES up over 50 points. An NQ up over 200. It was an absolute mauling of the bears today, .as the bulls celebrated – – umm – – the Democrats taking over the House? I guess that was it. In any case, fear absolutely left the building, as shown by the VIX; 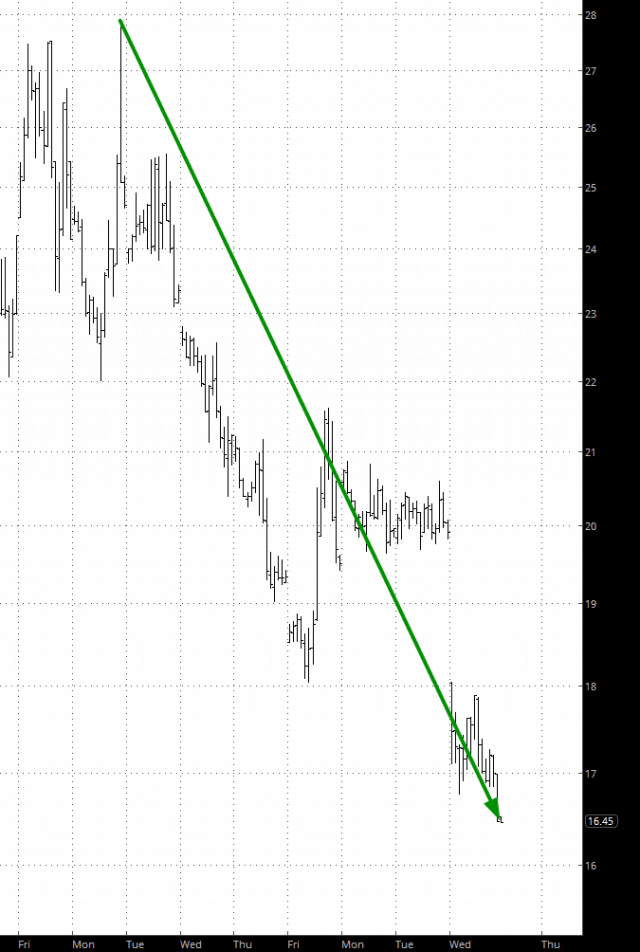 END_OF_DOCUMENT_TOKEN_TO_BE_REPLACED

The bulls have absolutely trampled the bears today. I’m proud of the fact that I suggested ERX, XLB, KBE,and some other longs near the end of October at what turned out to be great prices. I’m not so proud of the fact that, personally, I sold them only a few days later! Because it’s clear that “the bounce” is still going on, nearly two weeks strong now.

A number of horizontal lines have been simply blown away. As I’m typing this, the Dow is up well more than 300 points, the ES over 40, and the NQ over 150. It’s quite a bonanza for the bulls, particularly considering the House is back in Democratic hands. So the “last lines standing” are shown below for the Dow Jones Composite: 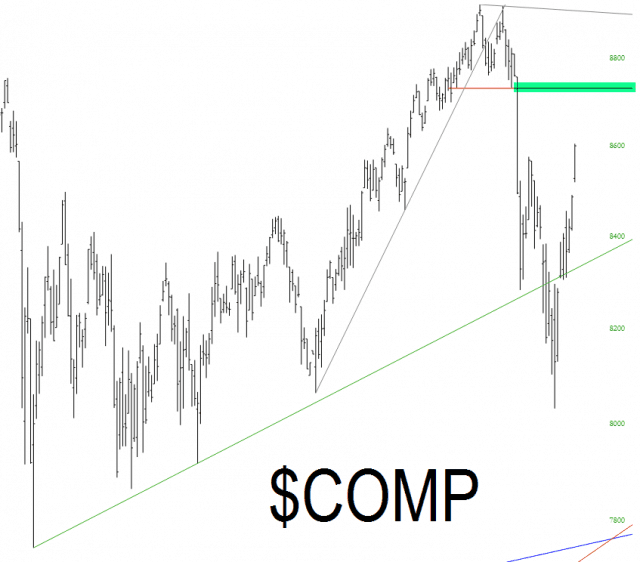 END_OF_DOCUMENT_TOKEN_TO_BE_REPLACED

Let’s force ourselves to take a break – – just a short break – – from elections, markets, and charts, to drink in one of the best moments in movie history. I for one do not think that the band was down. I think the problem may have been…that there was a Stonehenge monument on the stage that was in danger of being crushed. By a dwarf.