Last weekend, I wrote up a post called Omega, which intended to lay out a pathway through the rest of the year. The core illustration from that post was this: 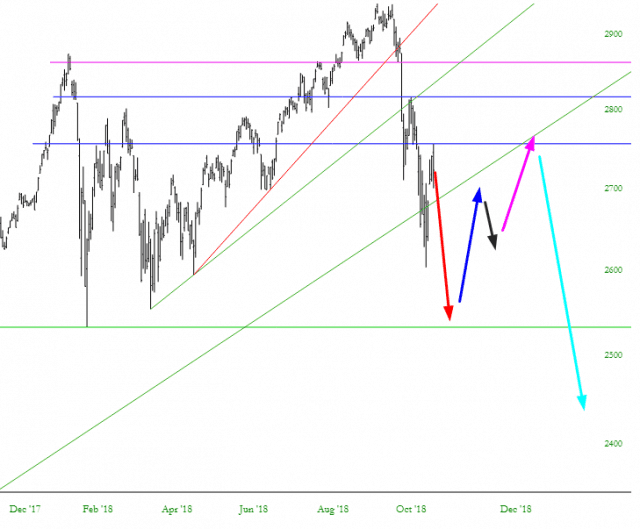 Well, instead of going down immediately, it went up Monday, Tuesday, and REALLY up on Wednesday. It stalled on Thursday and, finally, showed weakness on Friday.

So am I dispensing with Omega? Hell, no! I think the projection above still stands. The “starting point” for the red arrow is simply a little higher than it was before. But – – and this is a big but – – we really do need to see weakness straightaway next week got this to still work out.

I’m optimistic, however, since the market remains incredibly chart-friendly. For instance, the Russell 2000 bounced precisely, and I mean PRECISELY, off the underside of its trendline. 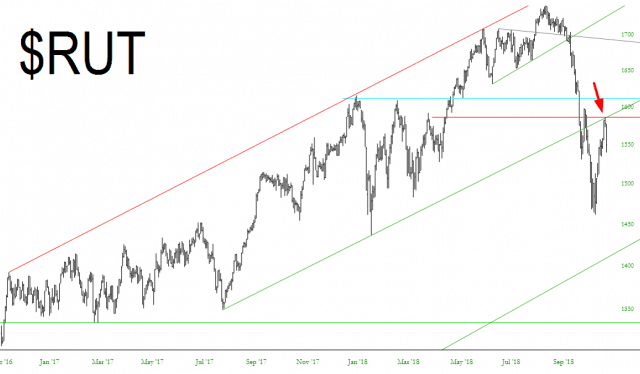 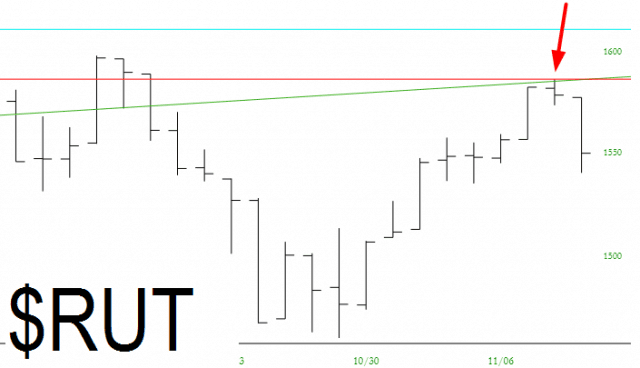 It’s also comforting that the VIX is still so low, even with Friday’s tumble. We were approaching 30 just a few weeks ago, and now we’re nestled in the mid-teens. 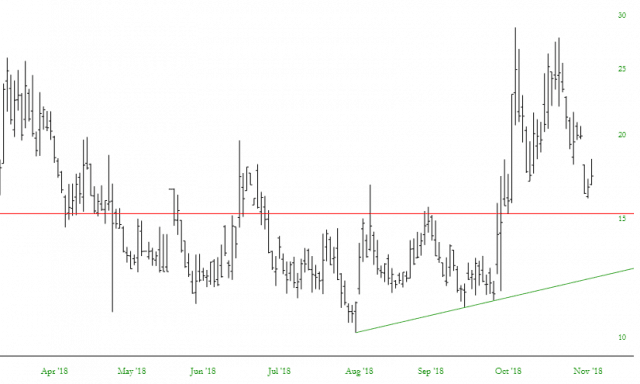 As I said, we really need to get the selling going fast in order for Omega for have a decent chance. It would help greatly if we stayed below the tint I’ve drawn here. In other words, not to exceed the highs we saw after last week’s mid-term elections. 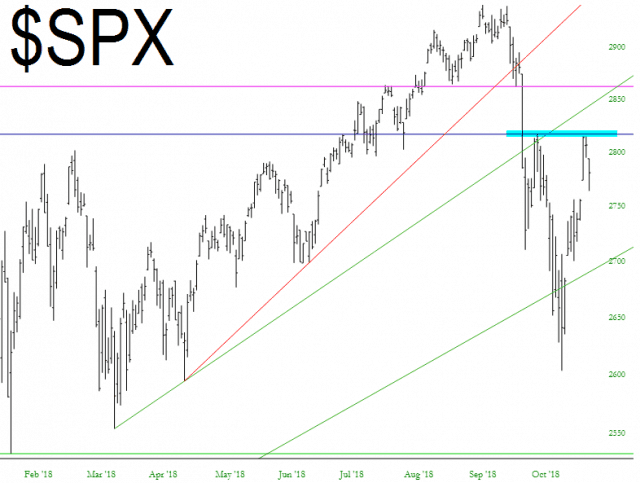 As for Slope being down ALL DAY LONG……….