Just a few words describe U.S. market action, so far, this year, as depicted on the following monthly, weekly and daily charts of the SPX (N.B. the ‘input value’ for both the momentum and rate-of-change indicators is shown as ‘one’ and in histogram format to emphasize the following)…

While the the weekly and monthly uptrends have not yet been broken, the weekly action has been lacklustre/non-committal, and the daily uptrend has been badly damaged.

I’d keep an eye on both the MOM and ROC indicators to see whether they begin to expand, and in what direction (using the aforementioned input value), and for how long, to determine their directional conviction/sustainability in the coming days/weeks, as we approach year end. 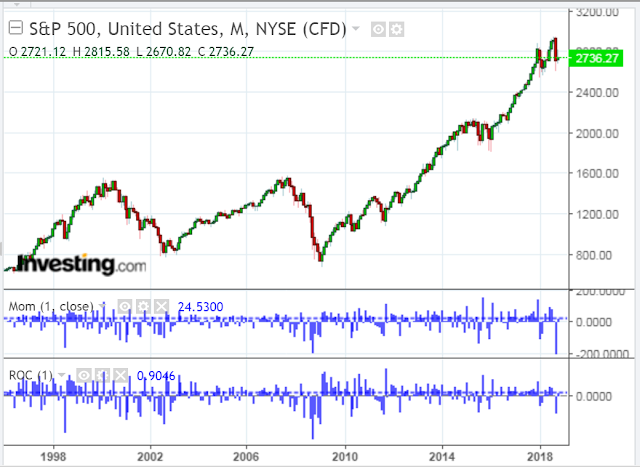 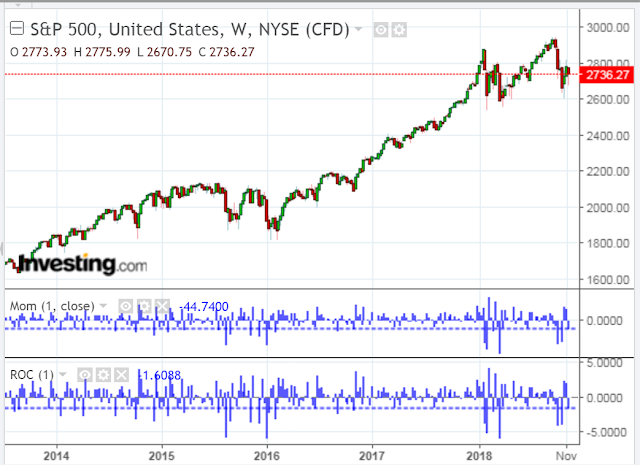 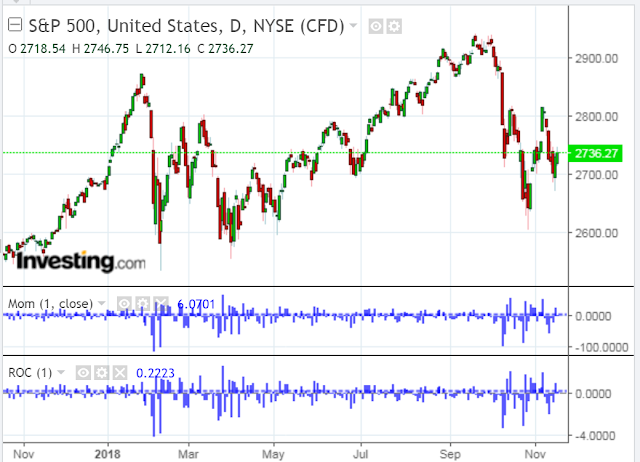 Additionally, it’s worth monitoring the SPX:VIX ratio, as I most recently described here.

Otherwise, a drop and hold below 150 on this ratio could produce a larger-scale sell-off in the SPX (to, potentially, 2400, as I described here) on expanding (downside) momentum, rate-of-change, and volatility to, finally, break the weekly uptrend with conviction. 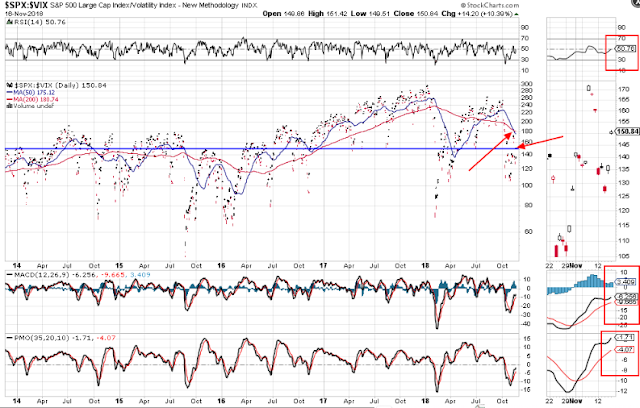 https://slopeofhope.com/2018/11/will-u-s-markets-rally-or-tank-into-year-end.html
Will U.S. Markets Rally Or Tank Into Year End?