On my blog and here, I posted on a number of short positions I have taken, with ERX this morning being my latest.  They are moving as expected, and wanted to reiterate that this move is just beginning, IMO. I commented in the charts below.  I am also short SPY PKX, PTR, and MCP (not pictured in this post).

As a caution, I am always moving stops to reduce my risks in case I am wrong.  I am only painting the idealized view. 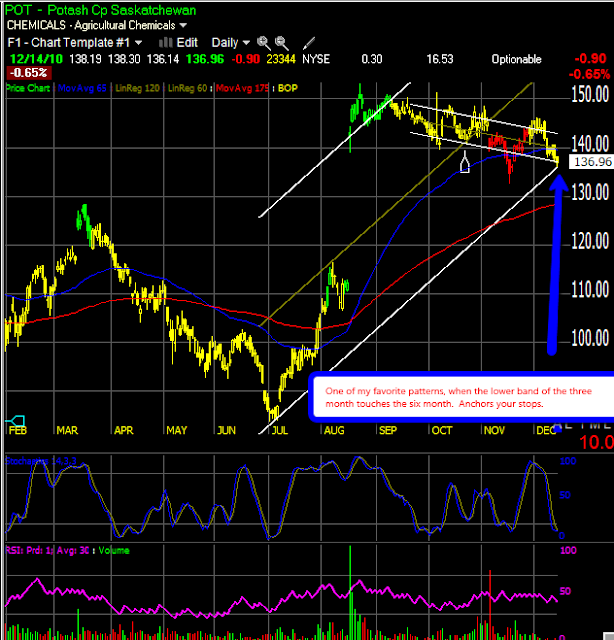 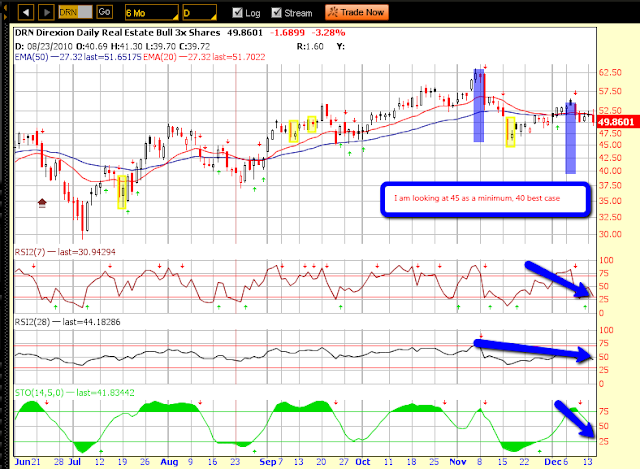 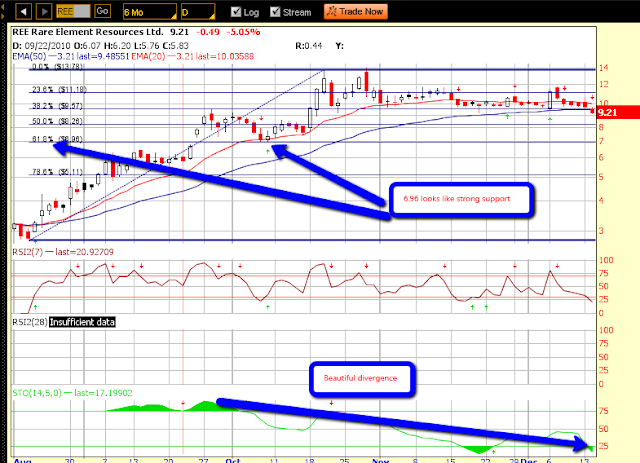 The Juliet Letters (Elvis Costello) is one of my favorite CDs of all time. I happened to find the clip below today, which features one of my favorite songs from the CD by a full orchestra (instead of a string quartet) and with a singer (Helen Sjoholm) whose talent is breathtaking. This sounds obscure, I know, but watch it. It is amazing……

My lifelong relationship with government has been a simple one: I have paid them ("them" being the US Government, the State of California, the County of Santa Clara, and the City of Palo Alto) millions of dollars in taxes and fees and have given up a certain amount of civil liberties, and in exchange I have received………almost nothing.

Yes, I get to drive on roads, and I suppose on an per-user basis that's probably worth a couple of thousand dollars to me. And I enjoy clean drinking water, which I'd be willing to pay for anyway. And I live in a society governed, to varying degrees, by the rule of law. But, on the whole, I'd say I've received about ten cents of value for every dollar (and I'm in a generous mood).

I bring this up because of an article I just read about how the government's newest food safety law also provides for the banning of school bake sales. Now, it doesn't ban them outright, but it provides for that kind of power.

Commenting on the new law, Michelle Obama (whose official role is………what?) declared, regarding child nutrition, "we can't just leave it up to the parents."

Of course not. I mean, I'm a father, and smarter than the average bear, but God knows I need Michelle Obama to figure out what my kids eat.

I've always viewed political parties as being along a continuum. On one extreme, Communism, the view is that people are hapless morons and need a paternalistic government to shepherd them from cradle to grave in a life devoid of meaning or self-actualization. On the other extreme is Libertarianism, which leaves it to individuals to figure their own lives out, and if they can't fend for themselves – – well, tough tacos.

I used to be a pretty hard-core Libertarian until I realized that a lot of people actually are hapless morons and need adult supervision, so my views have mellowed somewhat over the years.

All the same, this kind of pronouncement from Michelle "her arms are so toned!" Obama is the kind of thing which makes me inch back to my Libertarian leanings. Stay out of my kitchen, Obama mama. My family can handle things on its own without your help.