I woke up to this:

Anyway, here's what Tony sent me (which I appreciate). An ungodly high bull/bear sentiment:

For what it's worth……which, given the government's massive intervention, is probably zilch: 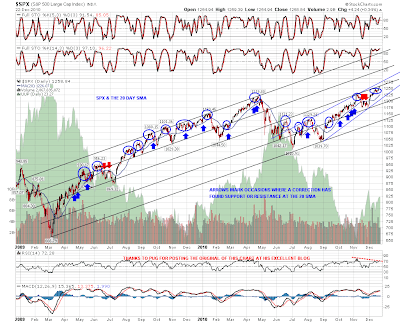 On the much smaller picture ES has broken down into the lower half of the recent rising channel. I'm expecting to see a return to the bottom of the channel today and will be watching that for a break. If we see a break down that should signal a deeper correction next week: 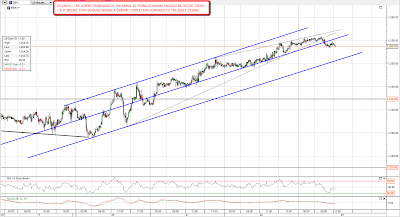 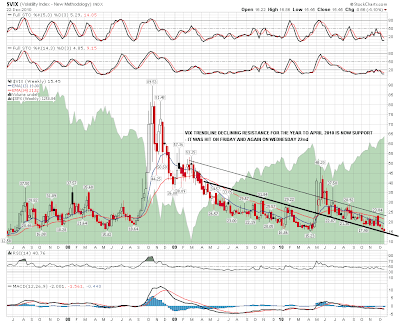 I've been having a careful look at USD today and on the EURUSD chart we have been consolidating sideways all month within the main declining channel. The blue support trendline on the EURUSD chart is being tested as I write and a break of that should signal that a more aggressive wave down is starting. That would have a very good chance of carrying equities down some way with it: 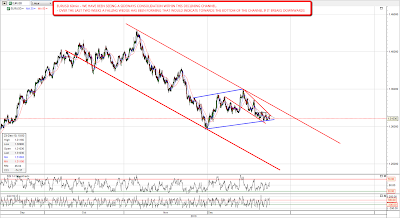 GBPUSD looks somewhat different, but is also in a declining channel from the early November high. A falling wedge has formed which may limit further downside. I have two alternative lower trendlines for the wedge but an upside breakout through the upper trendline would look very bullish and would signal an earlier than expected reversal: 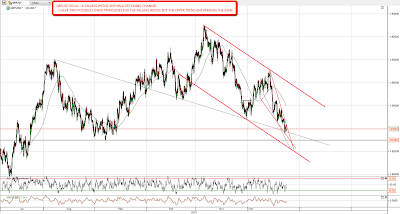 I posted triangles on silver and gold earlier in the week and silver is still in that triangle though gold has broken down within a falling wedge. I'm looking for a break down on both and a break up would look very bullish both for for them and also for equities. Here's the triangle on silver: 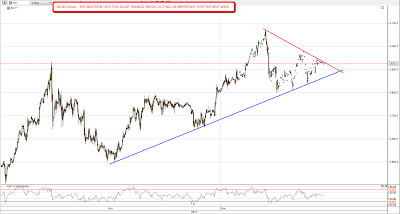 One thing that has made me much less confident about an imminent correction on equities is watching the very strong action on financials. XLF blew straight through my 15.9 target yesterday and my next target is in the 16.3 area. If it makes it there then I'd be seeing a move to rising wedge resistance in the 1280 SPX area as likely. We'll see what happens today.

This is my last daily post before Christmas so everybody have a great Christmas, and for the non-christians, have a great holiday. 🙂