In the soundtrack of my life, I’ve had songs from Hamilton occur with increasing frequency. One particular piece, Wait For It, resonates most clearly where I feel I am in my trading life. Specifically:

I am the one thing in life I can control

I am inimitable
I am an original

I’m not falling behind or running late

I’m not standing still
I am lying in wait

END_OF_DOCUMENT_TOKEN_TO_BE_REPLACED 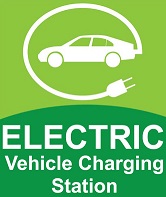 I have a question for Elon Musk (of course it’s silly, but a little levity never hurts). Where’s the next charging station located for his space-bound Tesla Roadster? ?

Just about ready to short……….. END_OF_DOCUMENT_TOKEN_TO_BE_REPLACED

Note from Tim: I didn’t write this. And I probably have as contrary a view to the thoughts below as can be imagined. But I want to provide other points of view. I simply wanted to stress……these are NOT my opinions. No no no no no. OK, thank you.

Over a week ago, in my analysis to my members, I noted that, ideally, I was looking for the market to pullback and test the 2800SPX region. And, the market certainly dropped down to the 2800 region, but also broke the 2796SPX support upon which I was focused. That had me begin to focus on the 2700SPX region of support. And, today, we dropped and broke my next level of support at 2700SPX. But, this is the pullback I have been looking for over the last several months which had not materialized. Now, it has come in with a bang.

While this pullback took many by surprise, the common reason attributed to the decline last week was the rise in interest rates. I need help understanding this “reason.” Allow me to explain.

Back on June 27th, 2016, we published analysis to our members entitled “Beware of Bonds Blowing Up.” That was the first long term top call we made on bonds in the 5 years we had been open to that point. And, as we now know, the bond market topped a little less than two weeks later.