A Santa Claus rally. A trade deal between China and the U.S. A straight shot to 3,200 on the S&P 500. The bullish stories are flooding the airwaves. After all, the vast majority of “traders” and “investors” have never experienced a bear market before. Equities dipped a little in October, and people don’t like it. So they’re trying to wish it away.

Maybe they will. Maybe the won’t. We remain at a crucial juncture. Last week was largely a waste of time. We did get a nice selloff on Monday, but after that, it was a circle jerk, with desperate rumors from D.C. about a trade deal attempting to prop things up.

On the ES, the two tinted areas are all I care about right now. If, God forbid, we cross above the yellow tint at about 2757, the bulls are going to grab the baton. It wouldn’t take much in the way of news to make it happen. Another plausible rumor about China would do the trick, although the way Pence is handling it, maybe I shouldn’t worry so much. A failure of the green line at 2711 would shove a silver stake through the pattern’s heart. 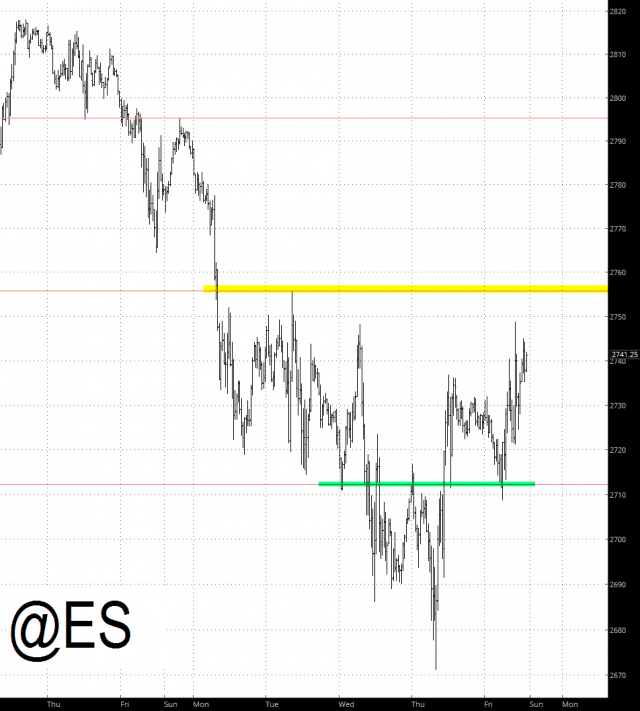 Take a big step back with me and look at the bigger picture. The lines are still shown below, with the same colors. As the red circles indicate, we have made an unbroken series of lower highs ever since the lifetime peak in September. As long as we remain beneath 2817.75, we’ll be OK. 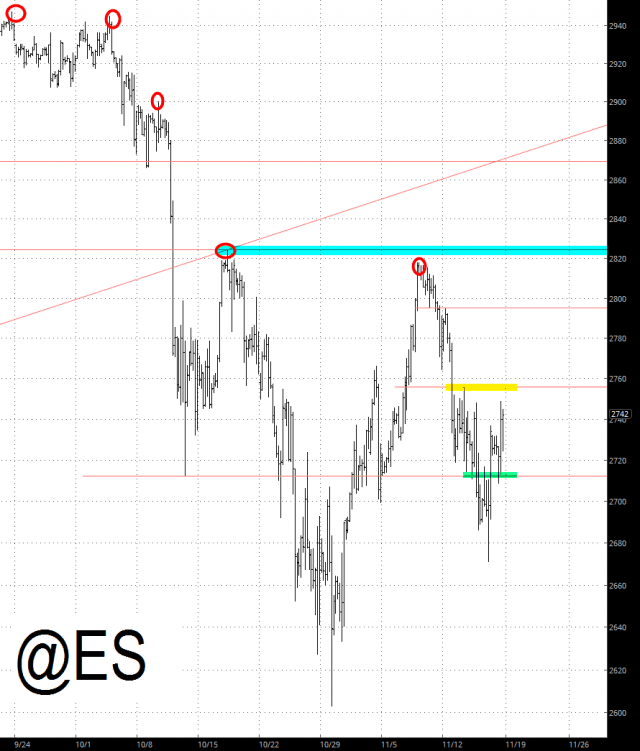 But, I have to say, the market has been annoying me since the October 29th bottom. Let’s get some of that scary selling action again, shall we? That was fun! But for the bears to survive, we have GOT to take out that recent low, because the analog otherwise is terrifying. 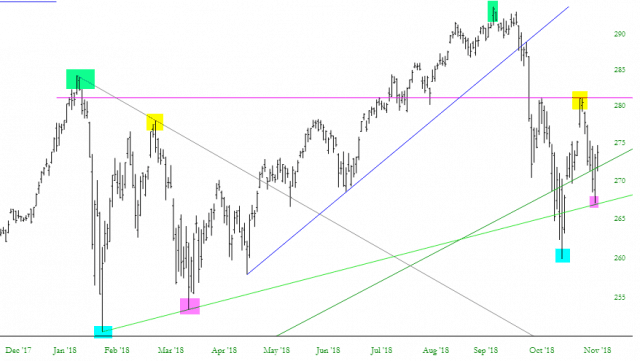