Today was a pretty interesting one. One bit of bleakness, in spite of the dip on the Dow, was that we’ve got a set of higher highs and higher lows, as I’ve illustrated below with the arrows. I’m hoping this is a one-hit wonder and not a trend change, but – – – them’s the facts. 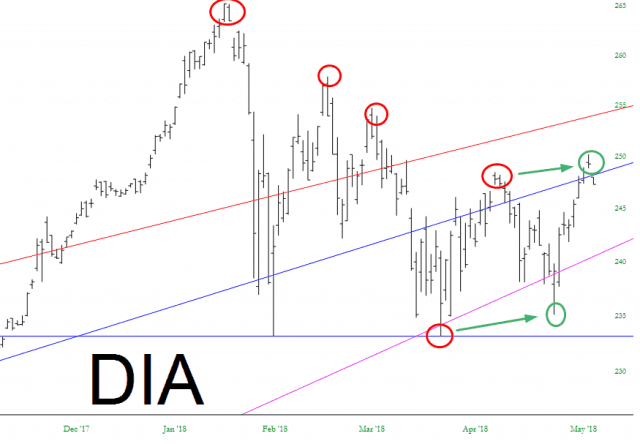 The Dow has been stronger than many other sectors, however. Emerging markets, for instance, are beneath not just one but three different horizontals of resistance, and today’s percentage tumble was more pronounced than that of the Dow. 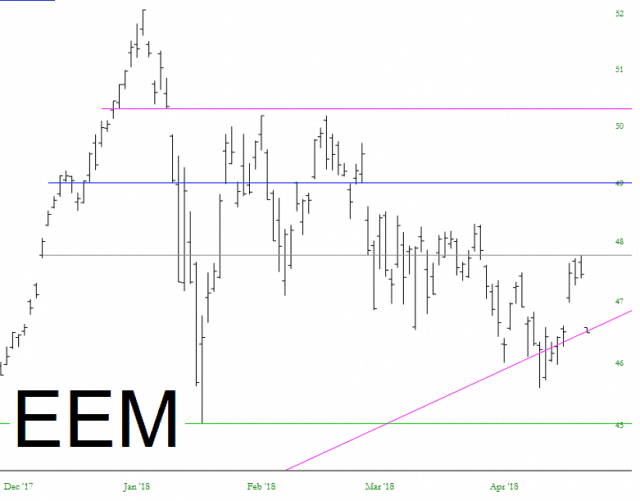 The Russell small caps were strong enough to actually close in the green today, and that red horizontal demands careful attention, since a break above it would be quite bullish for this index. 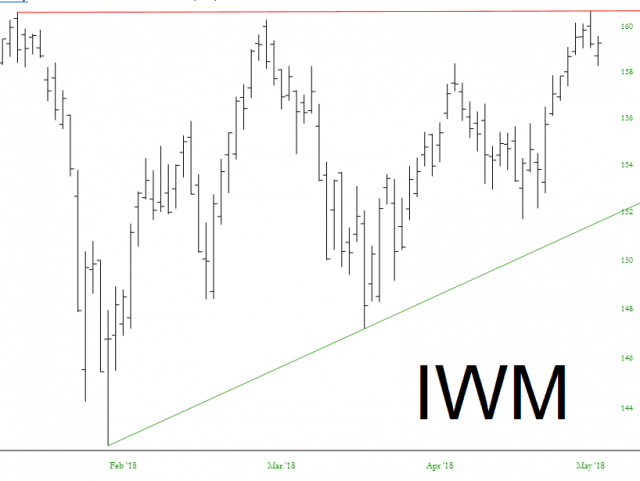 Of more important to me, however, was the world of bonds, yields, and real estate. Take the real estate sector fund IYR, for instance: it gapped down and closed right near the lows of the day, tumbling away from what had been many weeks of strength. 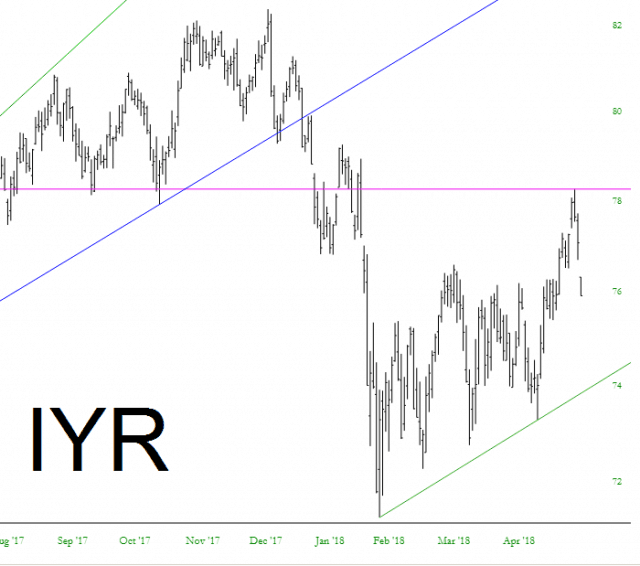 Financials, too, are behaving themselves very well with respect to its own resistance zones. XLF is slipping beneath its price gap (see arrows) and has obediently stayed beneath this horizontal resistance zone. 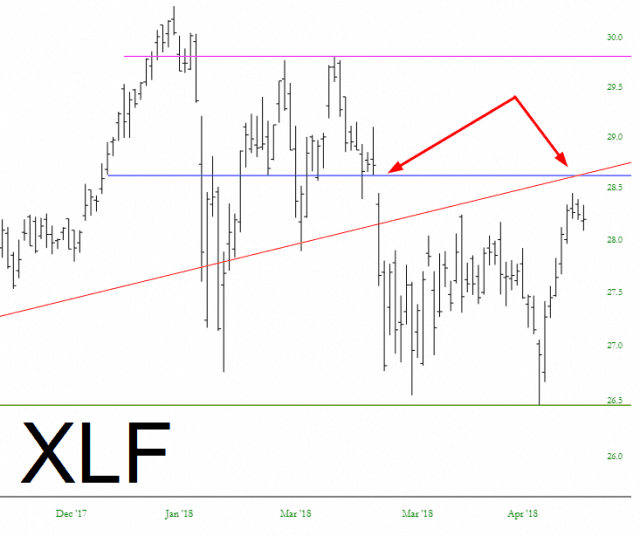 The highlight of the day for me was what was going on with interest rates, which continue to strength. My largest options positions, by far, are January 2019 puts on Utilities………. 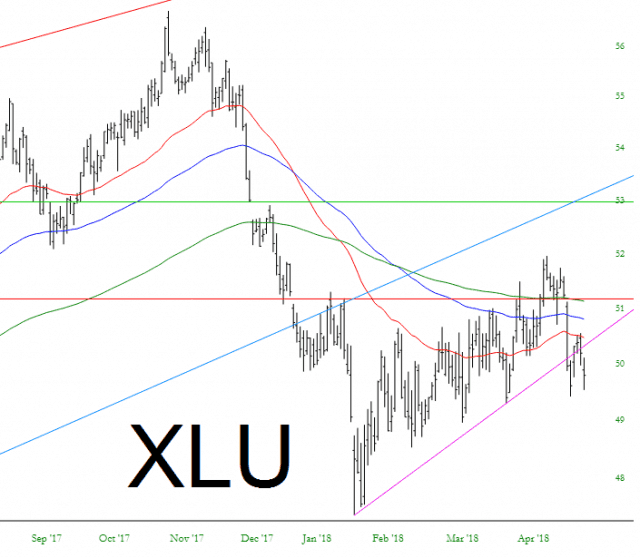 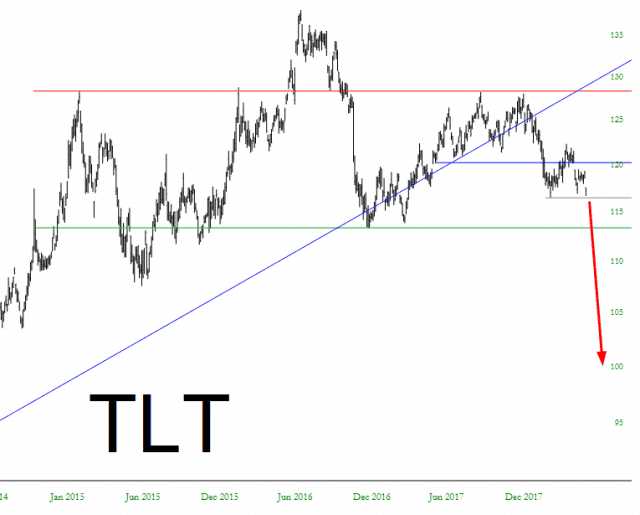 As smothered in debt as the planet is, there’s no doubt in my mind that an environment of rates that are creeping higher is going to prove itself calamitous.