From the daily percentage comparison chart below of the four U.S. Major Indices, you can see that the Nasdaq 100 and Russell 2000 Indices have begun to surge above their recent all-time highs and have accelerated faster than their Dow 30 and S&P 500 counterparts.

The spread between the first two and the latter two indices is ever-widening and higher risk investing is on the rise…signalling that, either this latest surge is the beginning of a new bull market that would, ultimately, pull in the Dow and S&P and send them to record highs, as well, or is in the process of forming a climatic thrust before the end of a very long bull run that began when stocks plummeted to their lows on March 6, 2009, following the 2008/09 financial crisis.

With today’s drop in these markets (as of 12:40 pm ET), presumably in response to further tariffs imposed on China by President Trump, we’ll see how escalating world-wide trade wars, inflation, and Central Bank interest rate actions affect/infect U.S. (and world) markets in the coming weeks. 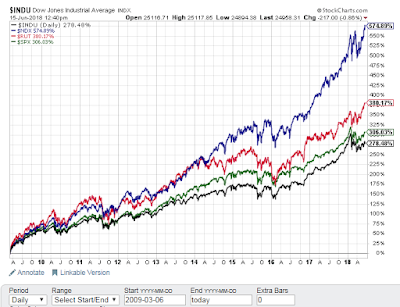 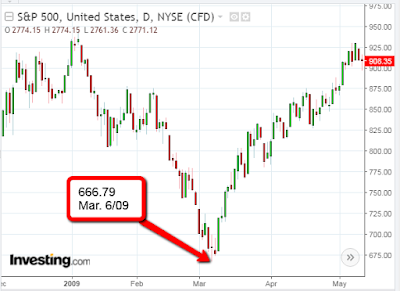