When I was a little kid, one of the staples of children’s television was The Little Rascals, which was the Our Gang series of shorts from the Great Depression that had been syndicated for decades. I watched these little films countless times, such as this one:

Even though these kids were my age way back when my parents were little kids themselves, I felt a close kinship to them. They became my television friends. 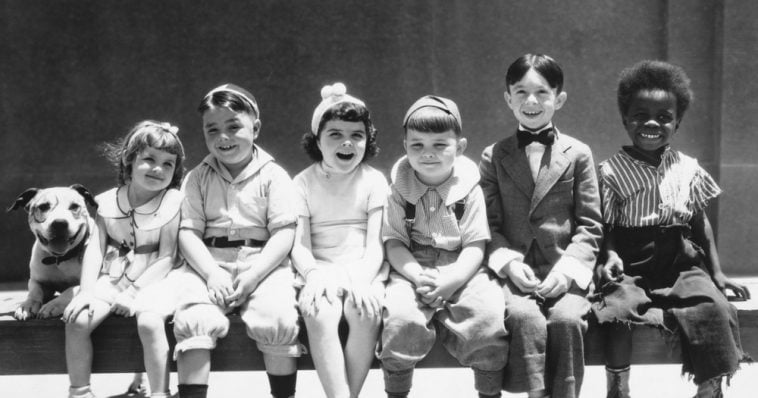 Although I was definitely more comfortable with the “later” Rascals (above) than the original group, who always struck me, even as a child, as kind of creepy:

In a grim bit of research, however, I found out about “The Curse” of these kids. There were actually about 200 different kids involved in all the Our Gang films, and by way of example, their suicide rate ran about 160 times higher than the normal rate. I even found out that the original Petey (the dog with the circle drawn around his eye) was mysteriously poisoned. Here are some specific non-suicidal calamities:

Carl “Alfalfa” Switzer: Like many of the Little Rascals, Switzer had trouble finding movie roles as he grew older. He landed bit parts in films like It’s a Wonderful Life and The Defiant Ones, supporting himself at such odd jobs as bartender, dog trainer, and hunting guide (for bears!) between acting gigs. He was shot to death in 1959 following an argument over $50. He was 31. (Carl’s older brother, Harold, also appeared in the Our Gang series; in April 1967 he murdered his girlfriend and then killed himself. He was 42.)

Matthew “Stymie” Beard: A high school dropout, Beard fought a heroin addiction for more than 20 years and was frequently in and out of prison. He beat the habit in the 1970s, but passed away in 1981, at age 56. Cause of death: pneumonia, following a stroke. 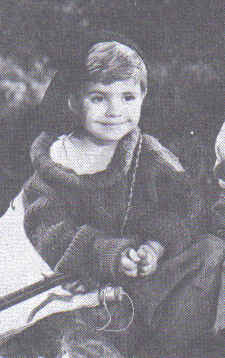 “Scotty” Beckett: Scotty was the kid who wore a cap turned to the side of his head. A classic case of troubled former child star, Beckett slid into alcohol and drug abuse when his acting career petered out. He had two failed marriages, a history of violence, and numerous run-ins with the law. In 1968 he checked into a Hollywood nursing home after someone beat him up; two days later he was dead. Investigators found a bottle of pills and a suicide note by his bed, but the coroner never ruled on whether it was the beating or the barbiturates that killed him. He was 38.

William “Froggy” Laughlin: This was the kid with the really gravel-like voice, and he appeared from 1940-1945. He was always a favorite of mine, and his adult life didn’t end in tragedy, because he never even got that far. He actually left acting to become just a regular kid with a newspaper route. While delivering papers at the age of 16, he was rear-ended and killed by a truck 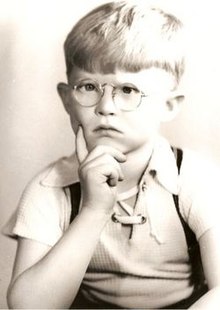 Darwood “Waldo” Kaye. Waldo was the rich kid with glasses who competed with with Spanky and Alfalfa for Darla’s affections. (Even as a kid, I thought Darla was put into roles far more suited to an adult; again, creepy). In 2002 he was struck and killed by a hit-and-run driver while walking on the sidewalk.

Robert Blake: He used his real name, Mickey Gubitosi, in the Our Gang films until 1942. This one is particularly famous because of the trial for murdering his wife back in the 1990s. Although he had a successful series in the 1970s, Blake had a terribly hard post-Barretta existence, particularly with the murder trial, but I always have a place in my heart for him since he is in one of my favorite scenes of any movie ever made……….from David Lynch’s Lost Highway:

https://slopeofhope.com/2018/06/our-gang-of-unfortunates.html
Our Gang of Unfortunates