I sit here alone on a quiet evening, well aware of how the ES and NQ are getting pounded. I have no idea what they will be when I wake up tomorrow, although I can only imagine they will remain deeply red.

Only a month ago, I would have surrendered my left nut to be looking at numbers like these. As it is now, I have some misgivings about it. Not that I’m long – – I’m not stupid enough to actually buy into a market that I am fully convinced has just begun a multi-year slog into hellfire – – but I did cover the majority of my shorts.

I still have exposure, yes, and that is across 39 well-chosen positions using 125% of my buying power. However, on a night like this, I cannot help but wonder how much I’m going to regret not waking up with 90 short positions, as I did Thursday morning.

Let’s take a look at the irreparable damage which has been done. On each of these graphs, I have marked an arrow which designates, in my opinion, to most logical “recovery” level each index is capable of reaching. What strikes terror in my heart, though, is that the markets are so fated to collapse at this point that they won’t even muster enough strength to mount an event modest bounce.

First there is the Dow Jones Composite: 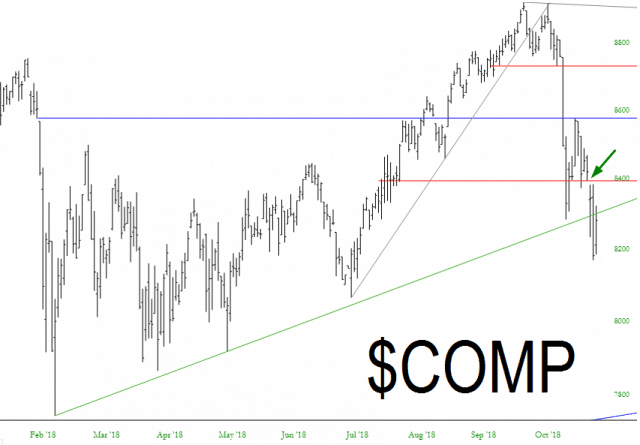 Followed by the NASDAQ Composite (which, thanks to Amazon and Google, is going to get its face blown off on Friday): 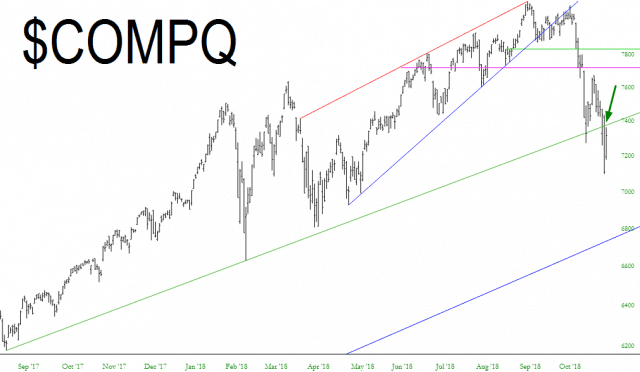 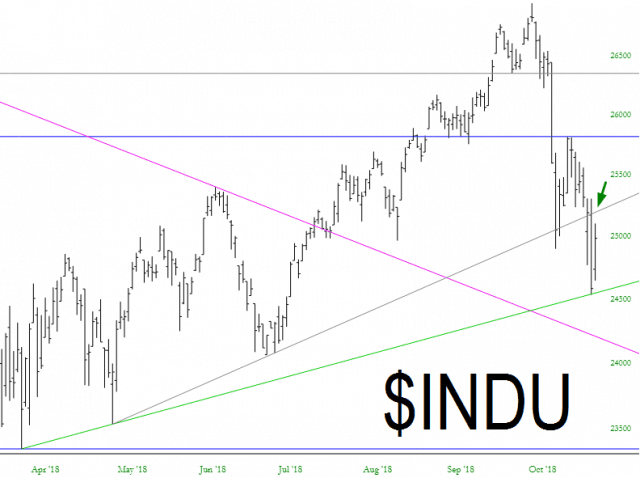 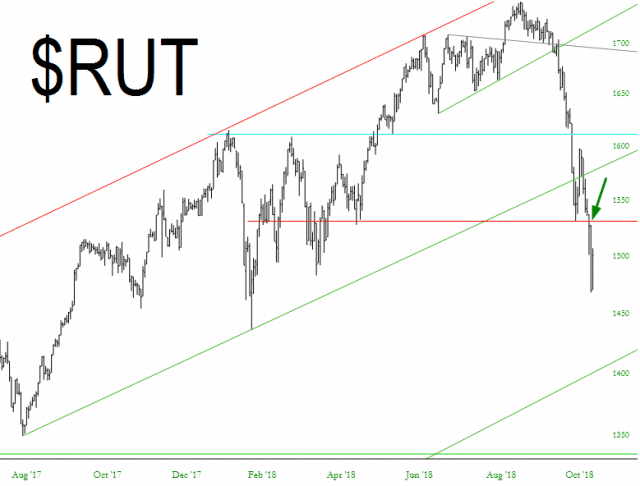 And, lastly, the Major Market Index: 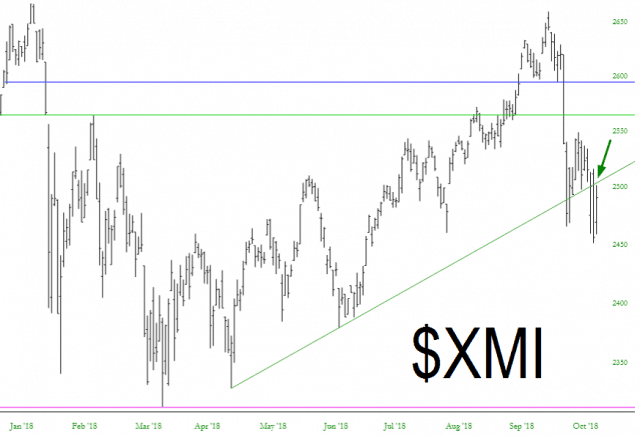 There are 90 – – I say again, 90 – -stocks that I would love to short on top of the 39 I’m already short. However, their price levels are so far away from their stop-loss levels that I feel I would be foolhardy to plunge into them. As my gold and diamond subscribers know, there were actually a handful of stocks on Thursday that I entered as new shorts, but let’s face it, 39 is a lot smaller number than 90.

I suppose at some point Jerome Powell will buckle under the increasing pressure he’s getting, even though he’s supposed to be impervious to it. I had only hoped that we were going to see a one to two week rally to create some juicy prices again. Perhaps that simply isn’t going to happen.

The bull market is dead. The skill is going to be navigating the politically-created attempts to re-ignite it, all of which will, in the end, fail miserably.

Brace yourselves. And make Slope your home. Any other site isn’t worthy.