I was a bit obsessed today with two tasks: (a) harvesting honey (b) improving the SlopeCharts interface. It wasn’t worth donning and doffing my suit repeatedly, so………. 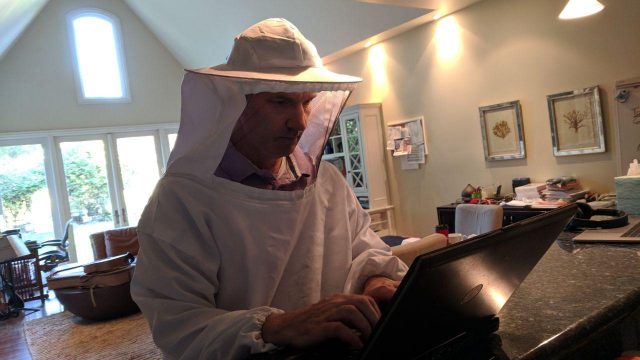 Remember, people, my children think this is NORMAL. END_OF_DOCUMENT_TOKEN_TO_BE_REPLACED

I think it’s only natural after a decline like Oct 10-11, 2018 for people to ask themselves a variety of questions.  “Is the bottom in or not?”  “Should I buy now or is it going to roll over again?” and “If it is going to roll over, how far does price bounce before rolling over?”

The question I’m asking today is, “After a decline that coincides with a $VXV:$VIX ratio under .90, how long does it take for a retracement to be put in and price to start rolling over?”

Based on the conclusions of my previous post, the likelihood of another test of the lows in approximately two months time appears to be high, even after a retested low has been put established.  On the path to two months from now, however, we still have to navigate a market day to day.  The paths after the ratio low signal triggered varied so much, it’s hard to really come up with anything consistent and even if there was a pretty clear repeated path, I wouldn’t want to suggest that there weren’t other paths that price could take, even a path that’s never been taken before because anything can happen.  In most cases, the final peak before a decline to at least the first low if not a lower low (or bear trap) took 4-6 weeks to be reached.  In the near-term, however, they all had an initial peak relatively quickly which provided a boundary for a chop zone (trading in a range).  This is what I want to explore. END_OF_DOCUMENT_TOKEN_TO_BE_REPLACED 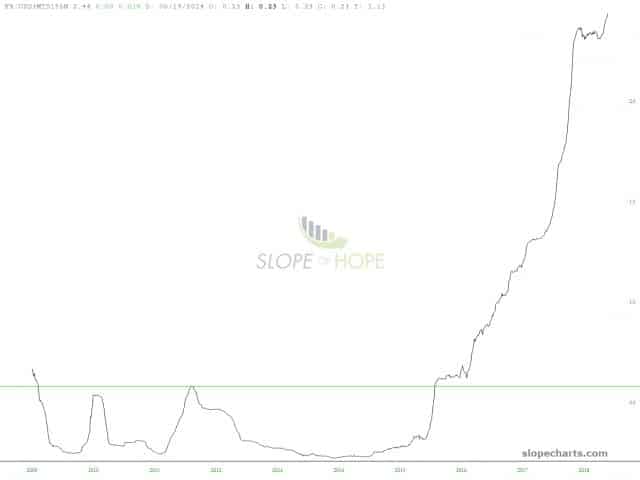