I’ve been describing this as a “stock picker’s” market recently. Allow me to show a very specific example. Or, should I say, ten examples.

Back on September 15th, I did a premium-only post called Sector Focus: Manufacturers. I have changed the post so that everyone can see it now. I had ten specific short ideas. One of them – ARRS (its symbol changed to AIR, apparently) went up a little, so that was a loser. But most of them did great, including one, MHK, which was down almost 40%. Keep in mind, this is in just over a month. 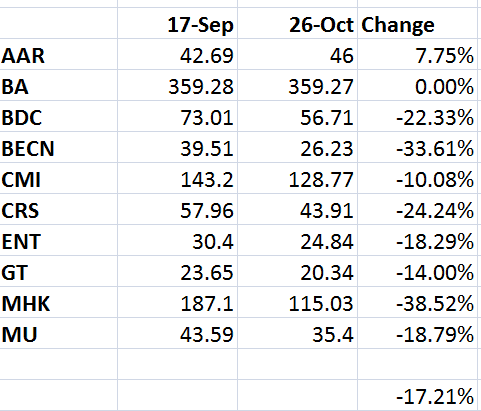 I just published what I believe will be a potentially valuable road map for next week: 11 major index charts showing what I believe are likely target areas for the next bounce. Here is an example: 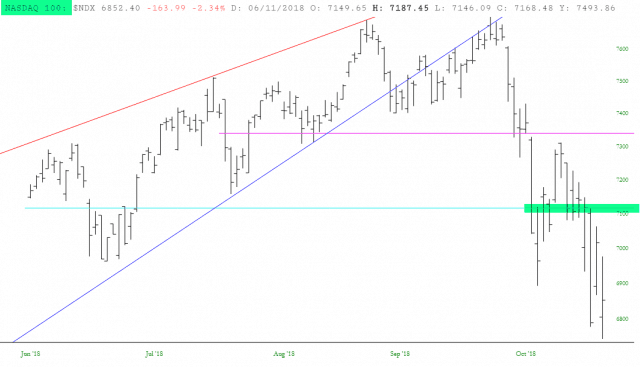 END_OF_DOCUMENT_TOKEN_TO_BE_REPLACED

As we have noted over the many years of the gold sector’s bear market, the gold miners will not rally for real until the real sector and macro fundamentals come into place. Those fundamentals do not include commonly promoted inflation, China/India “love” trades, a US dollar collapse or especially, war, pestilence or any other human misery than economic. The more astute gold bugs do not fall for that.

The gold miners are counter-cyclical as they leverage gold’s performance (whether positive or negative) relative to cyclical assets and markets. Hence the handy picture showing the key fundamental items with the 4 largest planets orbiting the golden sun being the most important.

So the 3 Amigos (of the macro) were saddled up last year in order to guide us to the point of macro change. Linked here is the most recent update from October 19. In this post let’s look at just one macro fundamental indicator among several important macro and sector fundamentals; the ratio of gold to developed stock markets. END_OF_DOCUMENT_TOKEN_TO_BE_REPLACED